by The Printing Press 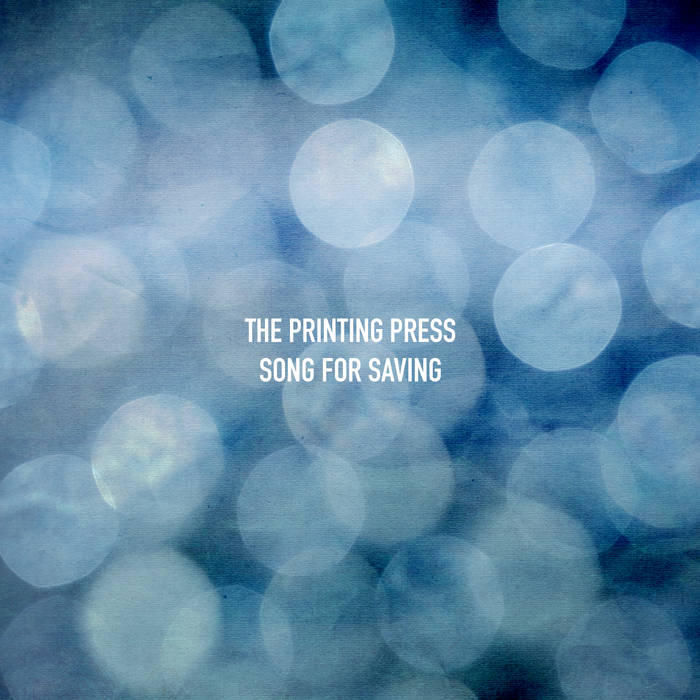 Unfortunately, one of the most difficult things about releasing an album is deciding which tunes will not be on that album; increasingly, however, the constraints of physical media are being lifted by the accessibility of digital media.

Fortunately, therefore, although the two tracks packaged on Song For Saving with the title track were ultimately removed from Worth Imagining before its release, we are pleased to present them on this companion album. The title track? We know you'll love it.

Track Name: Song For Saving
I've gone along,
And I've been wrong.
And I will go on, without blaming.

They say it's the law,
For those who are lost:
Can they right their wrongs without aiding?

I woke up from the storm,
I got up to warn
Those people to stop their forsaking.

They say that promises are very hard to keep.
You throw them out, and everybody calls you weak.
So he did what he was told,
'Till his mind grew dim and cold.
'Till he was no longer bold.

When he looked back on his life,
He saw his dreams were always out of sight.
So, when he hears the sound
Of the ocean all around,
He'll settle right back in the ground.
Track Name: All The While
Yeah!

I think that's the end of the sun.
And if it was, I guess we had fun.
And if the stories are all undone,
Tell me if the morning comes.

And all the while we're dreaming,
The ball of string unwinds.
So thread the needle quickly,
And let's hope that there's enough time.

Like leaves blowin' in the wind,
Some get blown off at the stem.
And I'll hold on, determined
To take a look at the others descend.

In my eyes, I'm on the right side.
Is it just in my mind?
I'll tread carefully, and be on guard to see
What will be, and if there's snakes in our trees.